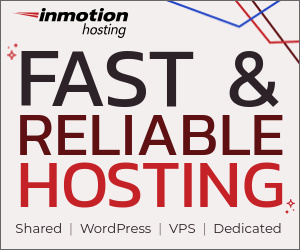 Quickly and easily send files to Dropbox when a form on your WordPress site is submitted.

The new Dropbox Field allows users to upload files to your form using their Dropbox account.

Send files uploaded via your WordPress forms to your Dropbox account by configuring a Dropbox Feed. Set where Dropbox uploads should go using either a specific location or dynamically based on the form submission.

As with all of our Add-Ons, use Gravity Forms built in Conditional Logic to only integrate with Dropbox when you want to!

Why Choose us? How is GPLDownload.com Different from Other GPL Sites?

100% original files from developers without advertising, viruses or malicious code. All of the products on the site are purchased directly from the developers, rather than being downloaded from other websites. Our development team creates the activated versions, and the files do not move via "third hands," so you can be sure you're getting the actual product!

We acquire and install new premium WordPress GPL themes and GPL plugins on a regular basis. Every 2-3 days, we also check all updates and add the most recent product versions. Please contact us if you can't locate the latest version of the product on the site.

Our prices are significantly lower than those of developers. You have the possibility to get a high-quality goods at a low cost!

If you have any difficulty installing, configuring, or using the product, we will provide competent technical help. Our technical support team is available to you 24 hours a day, seven days a week, with an average response time of one business day.

All of the payment gateways we accept (Stripe, PayPal and Razorpay) are PCI DSS certified. If the product you downloaded does not work properly and our technical assistance is unable to assist you, we will offer you full refund.

We've been working successfully since 2018. GPLDOWNLOAD has over 30,000 consumers and growing that pick us and purchase our items. Join today!

All digital products on the website are released under the GNU General Public License in their entirety.

The plugin installation can be done with two methods. The first method is the direct update method and is the easiest one because you don't require any additional plugin. We will be covering both the methods step-by-step.

First, install and activate this plugin – Easy Theme and Plugin Upgrades, then follow the below steps below:

There are no reviews yet.

GPLDownload.com is not involved in the development of any item that is listed. These items are developed by third-party developers and are distributed by GPL Download. All items fall under the GPL. We are not linked or endorsed with the products of developers listed in our directory.